Ian King was a training colleague of mine from Toulouse who went self employed as a coach.  He asked advice regarding developing a website for himself, then based in Paris.  I offered my support in a number of ways ranging from doing the whole thing for him to him doing it himself with my support via email and phone.

He opted for the later and I talked him through the basics of WordPress, initial upload (using FileZilla) and basic SEO.  I continue to help Ian out on an informal basis and have been consulted over multi-lingual and SEO plugins in order to achieve his objectives.

Ian did say at one point that when he realised the amount of time it has taken to learn and get his site up and running he wished that he had got me to do more initially.

Becoming sufficiently competent to develop a reasonable site from scratch does take a lot of time.   When you are never going to repeat the exercise you have got to ask whether it is time well spent.  Taking over the evolution and content of a site that has been built to meet your objectives is a far easier and potentially efficient way forward. 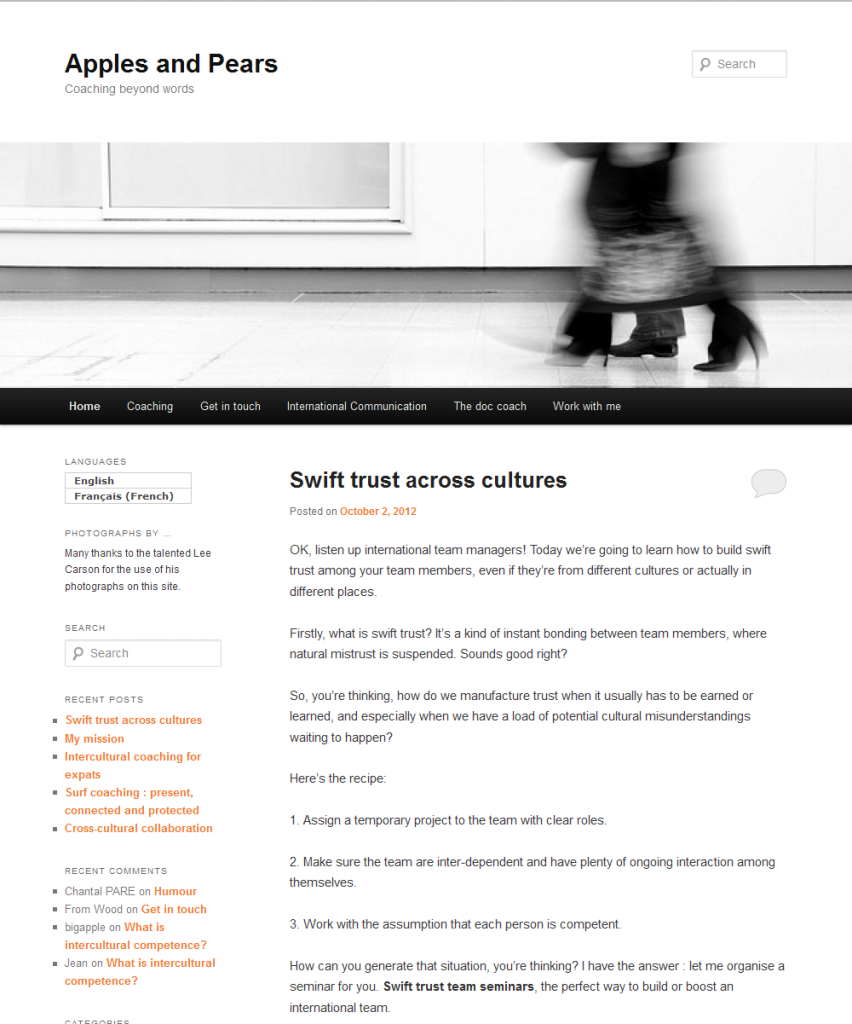